Understanding what causes this disease and learning to recognize its symptoms will help you make healthy choices to prevent developing this condition.

What is periodontal disease?

Periodontal is a medical term whose literal meaning is “around the teeth;” periodontal disease is chronic inflammation affecting the structures surrounding the teeth. The gums are the most well-known periodontal structure, but this area also includes the outer layer of your teeth’s roots, the bony socket where your tooth is anchored, and tiny ligaments that connect the roots to the socket.

The earliest stage of the disease consists of swelling and redness of the gums called gingivitis. The most serious stage, called periodontitis, occurs when the gums pull away from the teeth, and they become loose. 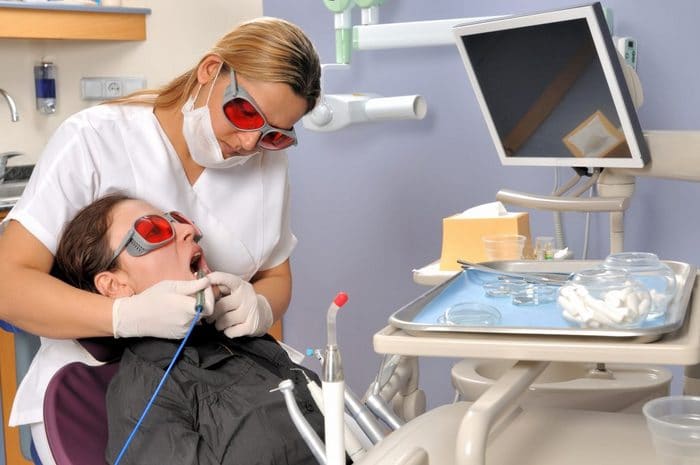 What causes it to happen?

Periodontal disease is caused by an accumulation of bacteria and plaque. Poor oral health habits such as ineffective brushing and not flossing contribute to that bacterial overgrowth.

Bacteria and debris are usually removed by brushing and flossing but when that doesn’t happen the bacteria accumulates in small pockets just beneath the gum line. The gums and nearby structures become irritated and infected. Left untreated, the tissues begin to break down and separate from each other, bone deteriorates, and the teeth begin to fall out.

Although poor hygiene is the biggest contributor, other conditions also make an impact. Those include:

Even with proper hygiene, the American Academy of Periodontology reports that nearly 30% of people are genetically predisposed to periodontal problems. Gum disease is known to run in families.

How do I know if I’m starting to get periodontal disease?

Because periodontal disease isn’t initially painful many people ignore or don’t notice it developing. The following symptoms indicate that you may have gum disease:

How will my doctor treat gum disease?

Your treatment will depend on the extent and severity of the condition; the earlier it’s found and treated the better. The goal of treatment is to halt the progression of the condition by reducing swelling, decreasing the depth of the pockets surrounding the teeth, and stopping infection. Non-surgical treatments usually work well to manage the issue.

Professional dental cleanings are the hallmark of treatment because they remove built-up plaque and tartar that can’t be removed by hand.

One periodontal disease service performed in moderate cases involves deep cleaning while under local anesthetic. This deep cleaning removes materials from below the gum line and smooths the roots of your teeth.

If you think you are developing periodontal disease and live in Farmington Hills, please contact us for a complimentary consultation or to schedule an appointment for a thorough evaluation.